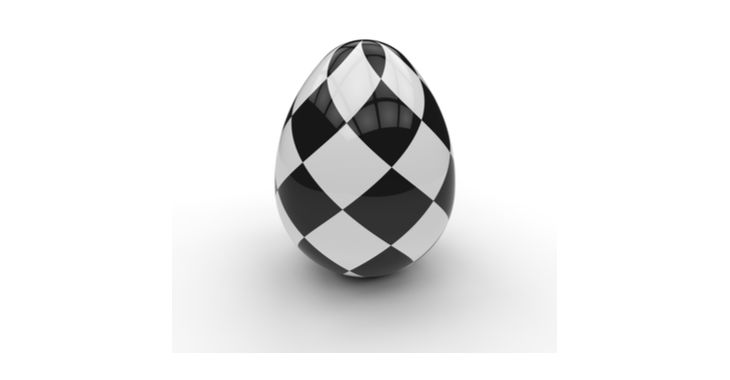 Maybe it’s the financial planner in me, or it’s just my sick “dad” method of tormenting my kids when it comes to their chocolate egg allocation every Easter. However, when they try their novice attempts at subtlety, (I.e. “Dad, have you seen this Easter Egg? It looks pretty nice and it doesn’t seem that expensive.”) my response generally has me drawing a deep breath, in order to gather sufficient air to accommodate my long-winded monologue about which eggs they would really prefer, the ones that are full of sugar or the one that is full of money and security known as the “nest egg”?

I then proceed to intricately “Dadsplain” the benefits of re-directing the grand sum of money spent on Easter eggs, birthday presents, Christmas presents and any other random items unnecessarily purchased in the pursuit of “I want it now” rather than “I need it now”, an approach which has eroded the seemingly historic charm and beautiful simplicity once known as savings.

By the time, I’ve finished explaining compounding, the time value of money and the benefits of dollar-cost averaging, I can see that familiar fatigue setting in as their eyes glaze over with the hollowed-regret of having brought up the topic to begin with.

However, I remain optimistic that Ruby, James and Tom are in the process of understanding important savings concepts (for now, Belle receives a leave pass due to her age) the simple art of saving is a dying art-form not limited only to the youth within our communities. This paradigm shift applies to some of our largest and most trusted corporations, who have demonstrated their penchant for the “here and now” chocolate, as opposed to the responsible and patient nest-egg plan.

The coronavirus has exposed the lack of savings and nest egg/rainy day measures of some of the biggest companies across the globe. Whilst most of our clients are responsible enough to hold sufficient liquidity and cash resources to get them through periods without regular income; the response to the COVID-19 crisis from some of the biggest corporations, such as Boeing and Virgin (with Qantas threatening a “me-too” approach) demonstrates their short-term and near-sighted love affair with the foil-wrapped chocolate as they put their hands out for Government support.

Boeing, in their hope to become a downstream beneficiary of the bailout relief from the U.S Government, remind me of my children standing in the confectionary aisle of Woollies sheepishly pointing out the Easter eggs. The U.S taxpayer would essentially be footing the bills for poor management, self-interest, reckless-fiscal irresponsibility and poor planning. This stimulus support has now extended from Wall Street to Main Street businesses with the recent announcement of an additional $2.3T USD in Government support.

In Boeing’s case, their financial situation is elevated by their previous errors and poor decisions on their part. There is a stench in the air much like that from a cracked rotten egg, because in 2019 they were already being punished for their 737 Max disasters. They conceded responsibility for the crash which occurred in October 2018, costing them $18.6B USD as a result.

Furthermore, Boeing produced their first full-year loss in 2019 since 1997, as a result of their 737 Max problems. Despite these self-inflicted financial pressures, Boeing has recently extended lending by $13.8B USD and have a further $24B USD in cash. The bitter pill for taxpayers has been the fact that they have participated in several share buybacks to the tune of $21B USD from 2017 to 2019 (Including $2.7B before they were suspended in April 2019.) One could argue, that whilst these activities create a return for shareholders and boost the value of their underlying stock value, the risk management responsibilities were akin to recklessly grabbing hot cross buns just after Christmas and loading up on the Easter eggs as soon as they hit the shelves, instead of simply putting some of that money aside for risk management and rainy day (nest-egg) planning.

Should the U.S Government bail them out? Well, the answer runs deeper then reward for poor management, because their actions have a run-on effect in terms of employment, military security, economic impact on suppliers and the further downward pressure on the U.S economy; particularly if they were to fold or otherwise reorganise. Many of these aspects, could be described as the similar flow-on effects that I go through as the father of the Davie kids. Despite my Dadsplaining and the sensible lectures which occur every Christmas, birthday and Easter, I too reluctantly yield and end up buying too much chocolate, just as Jerome Powell is happy to print money like there is no tomorrow.

With that in mind, we understand that for many of our clients this has been an important week, with the Jewish Passover, celebration of the freedom from slavery and the Christian celebration of the resurrection of Christ. For others it is generally a time that is spent with family and friends. Either way and whatever this time means for you and your family, we wish you a happy Easter, and as always, we value the opportunity and trust you place in us managing your nest eggs. And as I’ve been told by Milly, the occasional chocolate indulgence, is “good for the soul”.