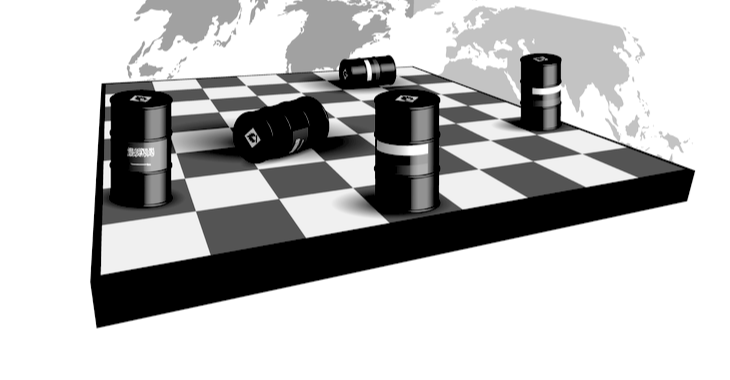 I’m not sure if many of you have seen references to “Tiger King” appearing on social media feeds lately? I was unaware of what it related to and thought that it had something to do with prawns…

Anyway. I happened to receive a Netflix recommendation via text on the weekend from my good friend Ruffy which put it all into the ugly and real perspective. A little searching via Netflix and I found the docuseries reference to Tiger King. Wow!!! What an extraordinary story! I don’t think any other TV Series does justice to the term “it’s like watching a car crash in slow motion” quite like this.

I recommend that everyone (mature audiences only!) watch this docuseries and follow the plight of Joe Exotic, his frenemies, his lovers, his staff, his rivals and his downfall. It is hard to believe this is a true story and that these characters are real. It seemingly goes from bad to worse and the characters are incredible.

From an investor’s perspective, what is also incredible is the current value of the global oil price. The only thing that has fallen faster is Joe Exotic’s freedom and reputation. Now with this blog, I need to point out the spoiler alert for the series and as such, you may wish to revisit this once you’ve seen the show.

With lockdown driving the demand for oil to record lows, and the insane production numbers coming out of Saudi Arabia and Russia, we have seen oil prices take a further hit. Brent Oil (the international benchmark) has hit $23.03 per barrel, the lowest it has been since 2002. This situation is as weird as an episode of the Tiger King… well, perhaps that may be an exaggeration, but nevertheless, a situation that is undoubtedly puzzled-face, scratch-head worthy.

Oil prices have fallen by more than half their value over the last month as the widespread lockdowns across the globe take hold, slashing the oil demand significantly. Some analysts are forecasting that this may be as low as a quarter of our normal global consumption.

There is no surprise that being locked up at home watching jaw-dropping docuseries on Netflix means that oil demand is softening. The reduction in jet fuel alone is astonishing. However, just as you find yourself constantly questioning every minute of the Tiger King series, you must also ask yourself why Saudi Arabia and Russia’s price war are still maintaining production levels, despite the significant falls in demand.

Furthermore, it is estimated that within weeks the surplus production could approach 25M barrels a day, placing pressure on storage capacity and completely overwhelming the system. This action is likely to see producers being forced to shut down their output in a scale that has never been seen before in modern oil history.

The Saudis tried this once before during the 2014-2016 crisis. The target was the U.S shale producers who were increasingly stealing market share. This created a feud that rivals that of Joe Exotic and Carole Baskin from Tiger King. The Saudis were not happy with the shale producers and, just like the spat between Joe and Carole, the Saudis sort to put the shale producers out of business. They ramped up their production in excess of demand, as they could sustain lower prices than their rival U.S shale companies in a “survival of the fittest” strategy.

At the time, the view was that the shale producers needed oil to sit at circa $70 a barrel to remain profitable due to their higher production costs, whereas, the Saudis remain profitable at a fraction of that cost. However, what shocked the markets and the Saudis was the ability for the US shale oil producers to be quick, nimble and recalibrate their expenses. This was considered an achievement at the time, as the U.S shale producers adapted quickly to a much lower underlying spot price. The industry deserved the credit for taking what was considered the second highest costs of oil production to one of the lowest in the market.

The U.S shale savings came mostly through the relief of oilfield service providers drastically cutting their products and services, so they could collectively survive the crisis. The impacts on their business were felt much longer as a result of their assistance. This collective action staved off the assault on the spot price from the Saudis, but they are now, once more at it again.

Despite the successful achievements from the shale producers to bring down their costs of production, generally measured by $39 to $48 a barrel (a significant improvement on pre-2014 numbers), the facts remain that there is a limit to the operating costs, floor price and sustainability of U.S shale producers.

Once the discounts have been fully squeezed, operating costs have been shaved and Oilfield service providers have slashed all they can, there is very little wriggle room left in the system. Thus, smaller producers will be left on their own and the inevitability of handing the keys back and well closure is once again a genuine possibility.

Breakeven prices have fallen because of lower operating expenses. The U.S shale producers now need to cut further and already are in the process of doing so. Companies are curbing business activity, drilling fewer wells, and setting their rigs in idle. The natural and self-regulating mechanics of the industry are now fully on display. With fewer wells drilled, smaller production growth follows and the supply excess begins to shrink.

Can the U.S shale oil producers pull another rabbit out of the hat? In our opinion, it is unlikely. Production levels have already been squeezed and the margin for this to occur again is very different five years on. As such, just like Joe Exotic and his zoo we think that sustainability of the model is under duress and eventually many businesses will end.

The market presents good buying opportunity for the long-term investor. We are confident that the survival of smaller US shale producers will be compromised and as such, we believe that the combination of the Saudis and Russians in the arm wrestle with the U.S shale producers, along with demand rising again on the other side of the coronavirus, will see the oil price pick up in the medium to long-term.